8 Reasons Hydraulic Cylinders Fail. And How To Minimize Them.

8 Reasons Hydraulic Cylinders Fail. And How To Minimize Them.

90% of industrial hydraulic cylinder failure revolves around improper surface coating issues. Apart from that, these factors will become the reason for and increased downtime of the end-user. 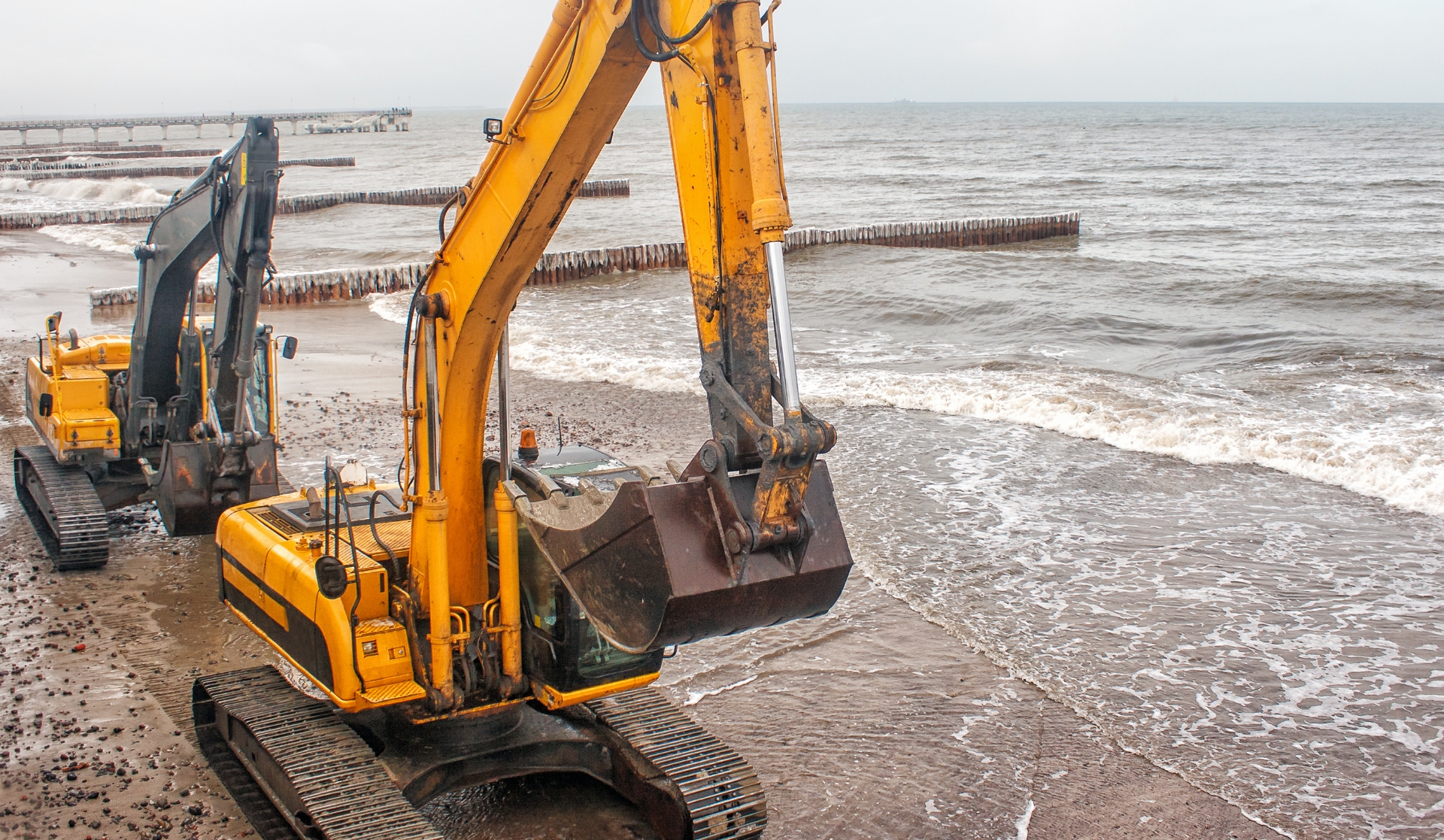 Hydraulic cylinders are the central component of machines and vehicles, and are usually subjected to considerable heavy loads. While working under highly demanding conditions, they get affected by different surrounding chemicals, fouling, and multiple other factors – meanwhile, 90% of industrial hydraulic cylinder failure revolves around improper surface coating issues. Apart from that, these factors will become the reason for and increased downtime of the end-user.

While speaking of unplanned expenses, the most challenging job is to repair or replace piston rod coatings. Not only because it suddenly fails, but also because it requires a specific approval, and then it takes months of coordination and execution to get it done.

A damaged piston rod prevents the hydraulic cylinders from exerting a full stroke and affects the life of a hydraulic seal. Thus, keeping the pistons in proper running order is essential.

However, it becomes a daunting task, especially for cylinders that need to perform in an extensively harsh environment. The damage mainly occurs when an object comes in contact with the surface of the piston rod. This results in deep scratches with sharp edges. As the cylinder extends, the seal passes over it and will quickly be damaged. A seal leak is inevitable and follows very quickly.

In most cases, damaged piston rods are getting replated to restore the surface. But with the latest technology available today, even the high-impact damaged coatings become fixable by simple hacks, like on-site welding.

Approximately 3.5% is GNP's estimated corrosion damage rate, causing an exponential loss of 28 Billion Euros each year to the Netherlands only. Corrosion damage falls under the increasingly prominent factors of hydraulic cylinder failures. Often, the hydraulic cylinder rods and seals face rusting and pitting. The outcome remains equally damaging from the piston rod corrosion, which catches up to the rod seals, to the other worn-out parts.

If equipment is used outside, the rods are exposed to weathering and other external circumstances. Sooner or later, the rods plated with improper coatings will start indicating rust spots turning into pits. After rusting and pitting, the rod will annihilate the cylinder seal the next time the cylinder is retracted.

In corrosion and chemical-heavy conditions, alternative rod surface treatment with superior mechanical properties to conventional methods could be the answer. For instance, plasma or high-velocity oxygen fuel (HVOF) metal spraying increases the service life of the rod and its seals, thus resulting in more up-time of your machinery. Choosing a coating that has much better corrosion and chemical properties will easily be the winner with ease in the long run.

The surface roughness needs to be kept in a balanced proportion to operate uninterruptedly.

For if the roughness is too low, the excessive smoothness on the surface will make it hard to lubricate the working parts adequately. Subsequently, the seal life will get compromised in the longer run. While if the surface roughness is too high, it increases the risk of getting contaminant ingression to an unacceptable level. In this condition, not only minor cuts and bruises can appear on the sealing lip, but also the leakage can get past the rod seal.

Often the long-sized cylinders (of 15m and above) face uneven smoothness which results in inconsistent lubrication and hence halted operations. The reason for that is the very specialized and precise method to finish the coating before leaving the factory.

Yet, the surface quality or roughness of piston rods alters over time. Hence, the surface is typically smoothed, counterintuitively, which may increase the friction on the piston-rod seals. All this activity on the rod's surface ends up causing damages like micro-cracks and abrades.

Several fields and laboratory tests have proven that there are available technologies that minimize roughness change over time, even in worst-case conditions. Recent tests show that the roughness values of our coated surfaces remain almost unchanged in contrast to chrome layers or laser cladding Inconel layers, which are quickly smoothed and tend to run in. It not only has a positive influence on the tribological properties of the system but also on the entire service life of the seal and thus the maintenance intervals and equipment failure.

The amount of friction between a cylinder rod and its seal determines the service life of the hydraulic system. Suppose the friction is high in terms of static and dynamic values. In that case, it can cause the seal to wear down quickly, leave a bad influence on the overall efficiency of the entire hydraulic system, and result in the unwanted stick-slip that happens after a prolonged rest taken by the components. Therefore, the friction-optimized piston seals and piston-rods seals are getting high in demand by the modern operators of fluid-power systems.

Speaking of decreasing friction, High-Pressure High-Velocity Oxygen Fuel (HP-HVOF) is the latest addition to the group of thermal coating treatments. It has been discovered through the recent tests that the HP-HVOF-coated surfaces happen to have significantly better properties than the others in the tribological system. Among these various properties comes the high surface hardness, the dense layer structure, the high wear resistance quality, and the durability to absorb fluid to a low porosity of over less than one percent.

Sometimes, hydraulic cylinders are installed such that applied forces act perpendicularly to the intended direction of movement, which refers to side loading.

Thus, sideloading can be defined as the involuntary strain that falls on the unprepared components of the hydraulic cylinders. Excessive side loading and rod bending can promptly result in a catastrophic failure. At the same time, the moderate side loading can speed up the deterioration of the cylinder parts. Ultimately, it will lessen the lifespan of the equipment.

Often the reason behind a hydraulic cylinder failure is the weakest part of the system that begins to leak – the seal. Being made up of comparatively soft materials, seals can easily get affected by excessive heat, scratched piston rods, and pressured spikes. Further, seals are prone to chemical erosion and get worn out by the dirt and abrasive material found in their environment.

Also, improper installation and the incorrect seal size come into the many causes of seal failure. Luckily, it is pretty easy to recognize a leaking seal since it gets more apparent by the rod running wet, the dirt building up around the gland, and the fluid depositing below the cylinder.

Seals play a significant role in the proper functioning of hydraulic cylinders. However, the trouble occurs when the seal leaks, breaking the barrier between the inside and outside the hydraulic system. The cracked seal can spill the pressurized hydraulic fluid on the inside and permit the foreign particulate matter to enter from the outside.

The free flow of contaminated fluid running inside the hydraulic system is critical for the hydraulic cylinder failures. The contamination in hydraulic fluids appears in two troublesome forms – the addition of impure particles and the polluted air or water.

Such impurities entering the hydraulic cylinders from different channels always keep them at risk of wreaking havoc on nearly all the functional components and degrading the overall operational efficiency. These catastrophes contaminations can cause blocked ports, cylinder rods with damaged surface finishing, and accelerated seal wears.

When the foreign particulate matter gets introduced inside the system, the cylinder bore gets scratched and scored to the interior. The capacity of handling maximum loads and the potency of hitting full strokes are affected when the contaminated air or water runs along with the hydraulic fluid. Although the fluid in hydraulic cylinders devalues over time, poor machine conditions (like faulty wiper seals) highly add to the possibility of more fluid contamination.

These drastic temperature variations also change the viscosity level of the hydraulic fluids, making them even thicker than the normal state. This thickness makes it impossible to work through the components correctly. In the end, it gets subjected to sudden outer leakage, rise in wear and tear conditions, and absolute hydraulic cylinder failure.

The poorly maintained components of hydraulic cylinders can result in a sudden outbreak of multiple problems or even a complete system failure. You will eventually discover the increasing downtime, and at the same time, the gradual loss of integral efficiency can cause a severe fallback in the inevitable growth of your business.

Regardless, to keep your business on the right track, we – Griekspoor Thermal Coatings – focus on minimizing all your problems by the distinct coating methods we have proudly developed

Feel free to contact us for our impeccable solutions to fix all your troublesome situations for you. We do that by offering results like extremely high corrosion and wear resistance, minimum wear of seals and scrapers, and quickly repairing the external damages by simple welding.

Get to know more!

Do you want to discuss your question? Our specialists are looking forward to your challenge!

Thank you! Your submission has been received!
Oops! Something went wrong while submitting the form.